White Palais are a Swedish band with eclectic mixture of influences such as Local Natives, Tame Impala, The Dandy Warhols, Goat, Arctic Monkeys, Diiv and Jeff Buckley.  They channel their own unique sound through with jangling and heavily reverbed guitars to create a beautiful listening experience.   The honeyed duetting vocal of singers Albert Sten and Elias Mahfoudand,  coupled with the atmospheric creations of the latter’s synthesizer create a unique and complex ambient soundscape that is a pleasure to your ears…. 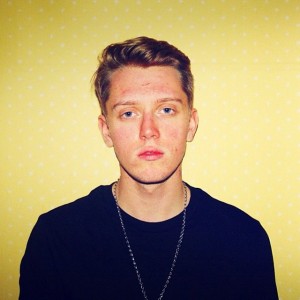 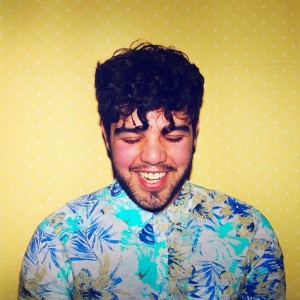 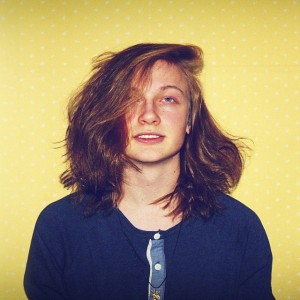 54-46 Caught up with the band discuss the differences in the English and Swedish Scene, their inspiration and their upcoming work.

Can you introduce us to the band?

White Palais are an indie band from Stockholm, but we are currently based in London. We consist of four members: Albert Sten (Vocals, guitar and piano), Emil Aspegren (bass and samples), Elias Mahfoud (Vocals, guitar and synth) and Axel Voss-Schrader (Drums, backing vocals and samples). We have played in this constellation for about one and a half years.

To people yet to be converted – how would you best describe your music?

We strive for a simple and organic sound. It is very pop influenced but also dynamic and diverse. The music has a depth to it, which may not be found in “ordinary” pop or rock songs. We work a lot with creating environments within the music and giving the listener an “abstract” emotion, without going psychedelic. So basically, the music may sound simple at first glance but has a depth to it underneath the surface.

Tell us about your musical journey to where you are now…

We formed in March 2013 after our various projects disbanded. We all shared the same vision when it came to creating music, so it came only natural that us four would form what today is White Palais. Throughout these 1 ½  years that we have played together we’ve felt that there has been a concept behind White Palais, but it wasn’t until recently, when we moved to London, when we started to realize what that concept was. We all share the same passion and engagement in music, so deciding to take our music more seriously and moving to London was easy for us.

Who are your biggest musical influences?

We all have different musical influences as we come from different musical backgrounds and such, but the majority of our inspiration and influences comes from the world around us. We are influenced a lot from environments, such as London, Stockholm, the Swedish nature and others as well. We try to create something genuine from our own experiences and feelings and try not to copy something else. With that being said, everybody is influenced from the music we listen to. Pop, rock, indie, house, synth, electronic and jazz elements can all be found in our music.

Best gig you have ever done?

About a year ago we had a gig at a nightclub in Stockholm called Ace. It was our first club gig and the atmosphere was amazing. We were all stoked to be there performing and we noticed that the audience were stoked as well. People were dancing and singing along to our songs that we hadn’t released yet, which is a strange thing for a band in Stockholm as the audience tends to be, for a lack of better words, “less energetic” when it comes to local bands. This is one of the gigs that motivated us to evolve as musicians, but also motivated the move to London as the audience here tends to be more enthusiastic when it comes to local bands.

Out of all the places we know of, Berns in Stockholm is an amazing venue. It is very beautiful and we aim to play there one day.

Of the venues that we have played at, Studion at Kulturhuset in Stockholm was a nice venue. The stage is quite big and the sound is good, which always is a plus for us. The scenery is nice, nothing spectacular but a pleasant venue in general.

And outside of music, what inspires you?

As we said earlier, the things outside music is the things that inspires us the most. Other than the things we stated above, poetry and literature is an inspiration to us. Poets/writers such as Paulo Coelho, Haruki Murakami and Patti Smith all inspires us in various ways.

How would you say the London scene differs from back home in Stockholm?

The London scene is first of all much more alive in comparison to Stockholm. The audience here is more engaged in live music and there is always a show to attend every night. In Stockholm there isn’t as much underground scenes and music happening as we would like it to be.

Anything you miss about back home?

Of course we miss home as we have our friends and family there, but in the same time we felt that London could offer us more as musicians. London is a lovely city in various ways and we enjoy being here, but if the scene in Stockholm were as alive as the one here, we would not have moved here.

The upcoming album ‘If It’s the Past’– How is it coming along?

If It’s the Past is a single that introduces everyone to our updated sound. The single was recorded back in Stockholm in the beginning of the summer and features strings played by the Swedish string constellation Stockholm Strings. All the mixing and mastering work is completed and we are looking forward to show everyone what we have created.

Tell us a bit about it…

If It’s the Past started off as a simple mobile recording of Albert singing and playing an acoustic guitar. After all of us had contributed to the song we had gone a bit from the original recording, but had creating something extraordinary in our eyes. When we were to record the song Emil wrote a string arrangement, played by Stockholm Strings, which completed the song.

Lyrically it is about looking back at your decisions and wondering what would have happened if you chose a different path. What things would have looked like in an alternate world, and if you have made the right decisions in your current life.

Any change in musical direction?

If It’s the Past is kind of a gateway to a newer sound, compared to our latest release. For a long time we have felt that we want to show everyone this new sound of ours, and are therefore very excited for the release. But as a gateway song, we can’t wait to show you what’s next.

Bombay Bicycle Club tops the list with their latest album So Long, See You Tomorrow. It is a really great album and they always push their boundaries, which we feel is something to strive for.

Robyn and Röyksopp’s latest release is also fantastic, they really are innovative in what they do, and they are somewhat of a perfect match. Both Röyksopp and Robyn are by themselves amazing artists and the collaboration just takes it to a whole other level.

Any upcoming dates? Any chance of a visit to Cardiff?

The release of If It’s the Past is the next thing happening, even though the release date haven’t been scheduled yet. It will be before Christmas, that we are sure of. As soon as we are able to visit Cardiff we will!

Wish you all the best for the future gents….